The quirky fashion planet of Jeremy Scott has now a new product, through his first fragrance for Adidas, to be launched in February.

The bottle is a sweet sneaker, with wings – like he had already drawn sneakers for the brand. The wings image sends us to Hermes, the Greek God. Scott says that his main concern was with the perfume’s container, rather than the fragrance itself – by the way, unisex. He goes on saying that his talent is more visual than olfactory. With many latest runaway collections using sneakers as one of  the main element, – for example, Alexander Wang, Dior and Chanel – , this is really a great release!

The campaign, by the way, will be shot by Inez van Laamsweerde and Vinoodh Matadin, whom you have known here. 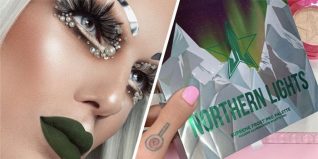 Jan 14, 2015
0 595
The new eye shadow palette ARTISTRY Little Black Dress is here to accompany your every day or night out, offering you unparalleled style. Inspired...