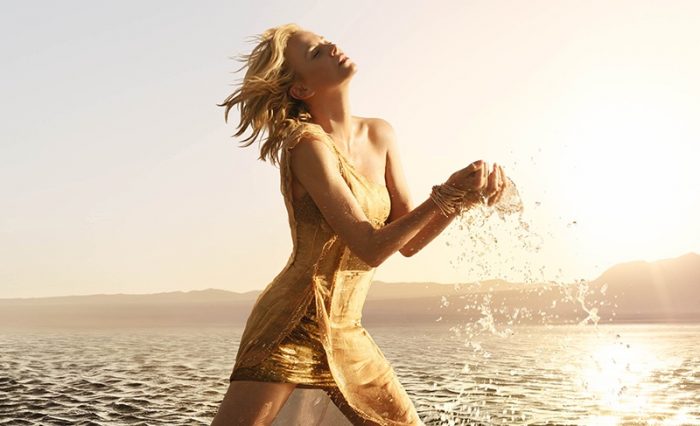 Charlize Theron once again stars in the latest J’adore commercial and it’s one of Dior’s most beautiful commercial. The South African beauty has been the ambassador of the luxurious French brand since 2004, when she replaced Estonian model Tiuu Kuik as the face of the scent. The new film was directed by french photographer and director Jean-Baptise Mondino, who’s been the mastermind behind J’adore since 1999. Charlize Theron looks like a siren coming out the sea with her head tilted towards the sun`s rays. The blonde stunner wears a gold dress while posing in blue waves.

As for the Dior J’adore Injoy,  Dior Perfumer-Creator François Demachy describes it as: “readily seductive while having an original signature; of being sensual without being heavy.” The fragrance is a mixture of yang yang, damask rose, and jasmine.