Mac just announced they are launching the Star Trek makeup collection, to celebrate the 50th anniversary of the television and film franchise. Star treck is a phenomenon and Mac wanted to celebrate each of Star Trek’s powerful women in a transcending, transformational makeup collection. The 25-piece collection is inspired by Seven of Nine, Commander Deanna Troi, Uhura and Vina the Orion slave girl and will be launched globally in September 2016. 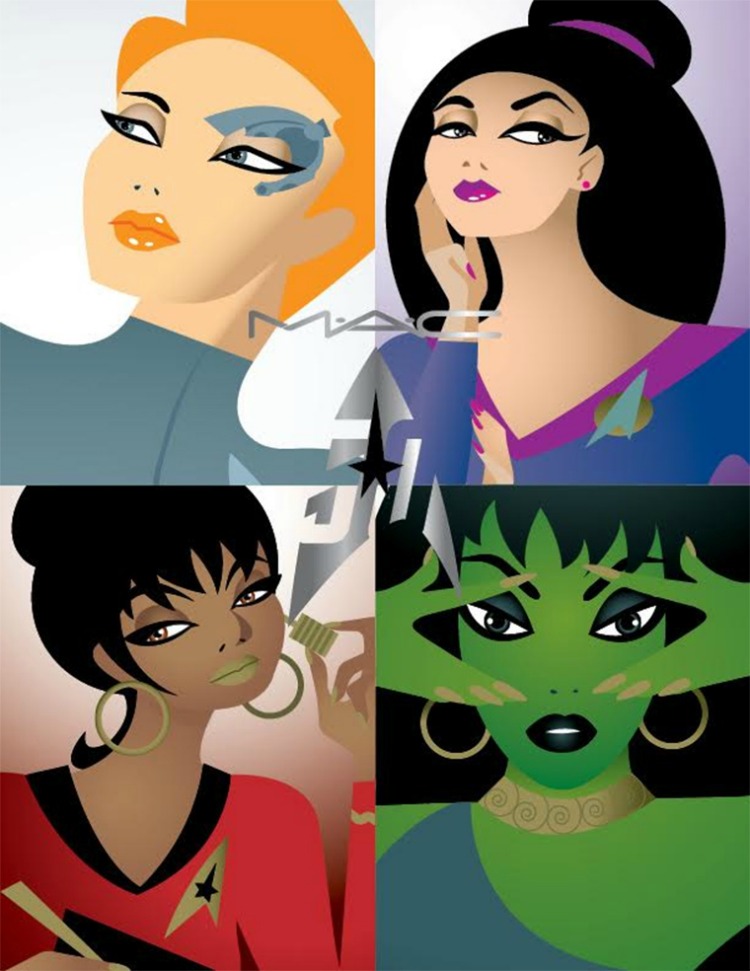