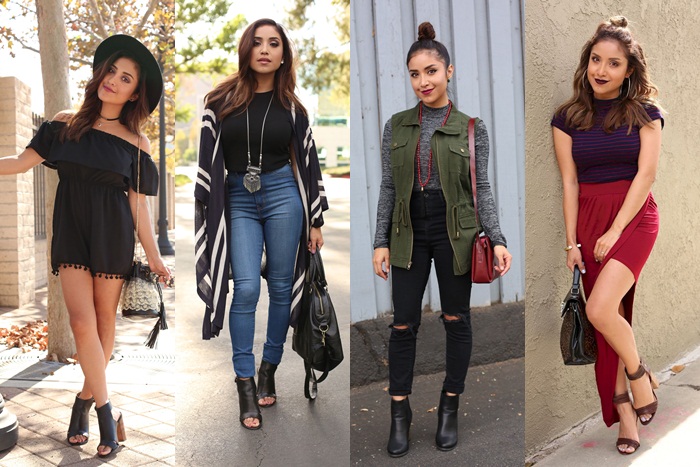 Dulce Candy Tejada, is a 28-year-old fashion blogger and beauty vlogger, who was born in Mexico but moved to California (where she currently lives) when she was little. She joined the army after finishing high school, she served in Iraq for more than a year, and after that she worked as a mechanic in the military. She started her Youtube channel because she wanted something to make her feel more feminine, because her profession didn’t allow that. Later she quit her job and continued with her Youtube channel and personal style blog, and she became one of the most popular bloggers and Youtubers in the world. She’s happily married and has a 4-year-old son. I’ve been a long time follower of Dulce Candy, and I was following her blog long before I found about her youtube channel. Both her outfits, and her makeup looks are amazing. She has a unique style, that flatters her petite frame and her makeup looks are flawless. No wonder she’s one of the best. See more of her style in the pics below and make sure to follow her blog and social media!