It was recently announced that Massimo Giorgetti, known from MSGM, named Emilio Pucci’s new creative director. After many years of experience and success in MSGM, whose clothes are sold in over 600 boutiques all over the world, he comes to give a new impetus and refreshing note in the house of Pucci. He is going to start working for the house’s Spring 2016 collection, from the next month. On next season, we will find Massimo wandering between Milano, where MSGM’s headquarters are, and Florence where Emilio Pucci’s HQ are located. In the picture he posted, you’ll see two models, one male and one female, wearing Pucci’s white t-shirts with a colorful scarf, presaging what’s going to come next. This is also the style that will be represented by the designer in the future collection of the house. The fashion crowd is really curious and can’t wait to see and explore Massimo’s new collection for Emilio Pucci!! 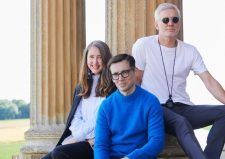 Chloé announced the new creative director of the brand 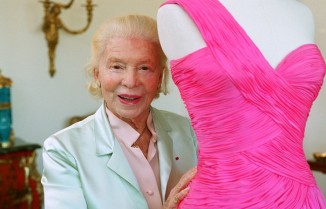 Madame Carven has passed away at 105

Jun 12, 2015
0 241
Madame Carven, the legendary French designer, has died on Monday in Paris, aged 105. She was a contemporary of Christian Dior, Pierre Balmain and...