The Fall-Winter 2015 collections may have been released a few months ago, but Anna Wintour has instant access to them before they’re being released to the public. That’s why she chose to dress with two famous brands’ creations for this season.

On the Met Gala after-party, the creative director of Conde Nast wore a pleated dress with geranium print, creation of Alessandro Michele for Gucci:

In the Late Night With Seth Meyers show, she wore a custom made Givenchy dress by Ricardo Tisci: 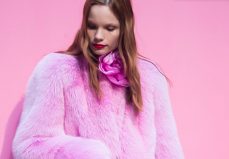 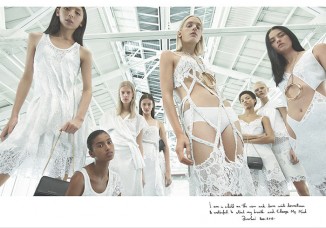 Dec 29, 2015
0 188
Riccardo Tisci's spring/summer 2016 collection for Givency is full of love and positive energy! The ad Campaign was a huge project with 27 models which was...