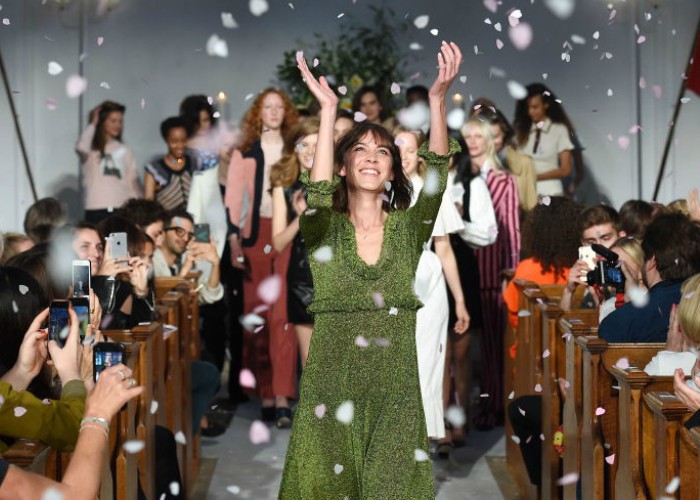 Alexa Chung’s new collection is here and we could be more excited! Personally I love this girl, from  her personality to her style! She has done some collaboration with other companies in the past, but now she created her own line! The new collection which launched yesterday is a summer collection, which was presented at the Danish Church of Saint Katharine London. She really let her style show through this collection as she presented a mix of tea length dresses, high waist jeans, Mary Jane pumps and a shades of pink striped suit. Let’s take a look! 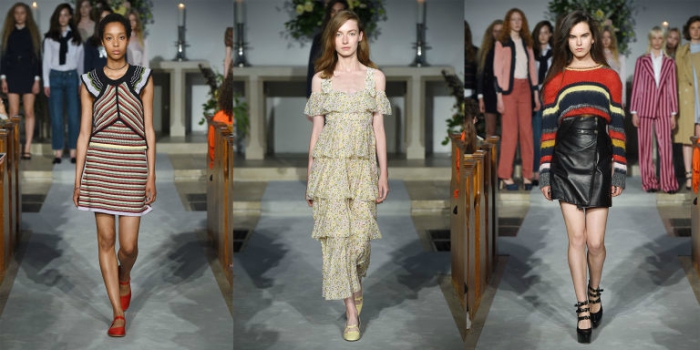 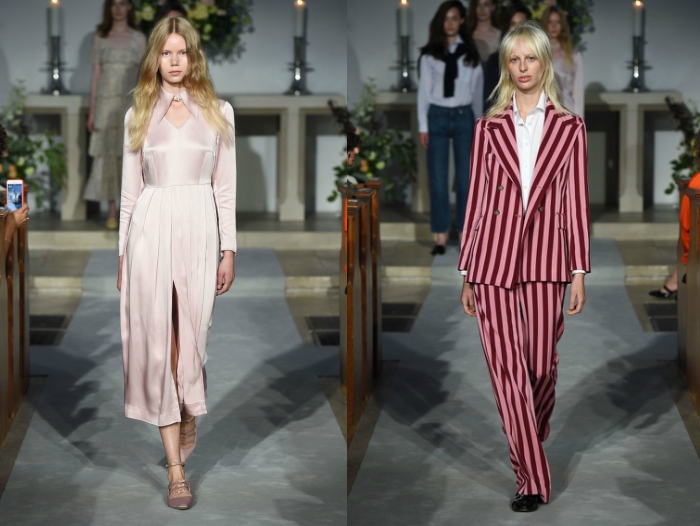 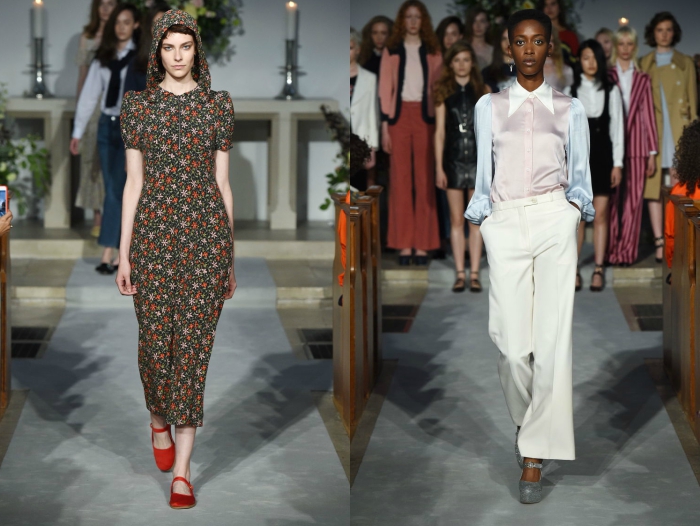 Archive by Alexa brings together a modern icon of British style Alexa Chung, and a long standing icon of the British high street, Marks & Spencer. This is a unique approach to a collaboration. Using the rich and extensive Marks & Spencer Company Archive in Leeds, Alexa and the M&S design team have embarked on a journey of rediscovery. This project is the first of the ‘M&S &’ series. A sequence of unique, exclusive collections in collaboration with some of today’s most exciting designers, brands & fashion icons.The 31 piece womenswear collection has been carefully curated and handpicked by Alexa and the M&S design team. Bringing archive pieces back to life for 2016 using Alexa’s unique approach to style. Through introducing modern fabrications and an updated colour palette, a contemporary womenswear collection is defined with a heritage sensibility. The supporting campaign will launch in April with Alexa herself taking creative ownership of the mood and direction. The stunning Alexa Chung appears for a fifth time as the face of the famous Parisian handbag label, Longchamp. In the spring/summer 2016 campaign, she is posing for the well-know Peter Lindbergh in the magnificent Paris. In the campaign’s video, we see her walking down the streets carefree. She is wearing three different outfits that were created with the help of Alexis Roche. I personally love the one with the beige trench coat and the amazing Penelope bag as it’s so feminine and classy. For more stylish moments, watch the campaign’s visual edition below.

END_OF_DOCUMENT_TOKEN_TO_BE_REPLACED

Alexa Chung entered the fashion world as a model, but along the way decided that the role of fashion editor was the one that fitted her personality and wanted to follow this role for the rest of her career. Alexa Chung now works as a Contributing Editor at British Vogue and is one of the modern style icons. Her unique style which combines androgynous and ladylike elements doesn’t go unnoticed from the fashion photographers who never miss an opportunity to capture her red carpet outfit. These are the 10 best looks of Alexa Chung: Longchamp recently released their Spring/Summer 2015 ad campaign in which Alexa Chung stars. The ad campaign images were shot at MAMO, Centre d’art de la Cité Radieuse of Marseille, France, by Max Vadukul. In the ad campaign, Alexa wears the iconic Le Pliage Héritage bag in its mini version, in many different colors, pairing it with beautiful colorful dresses and espadrilles. Take a look at the whole Le Pliage Héritage collection below, and watch the film at the end of this post.