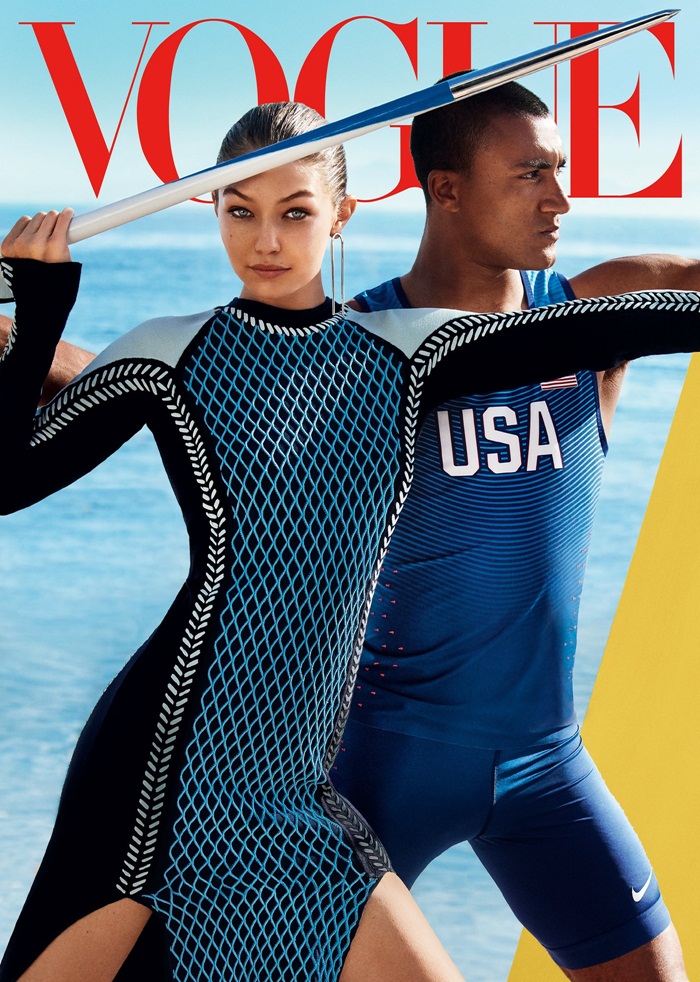 Gigi Hadid, perhaps the most popular model of the last couple of years, has landed her very first American Vogue cover, next to Olympic decathelete Aston Eaton. Gigi is really excited for this cover, saying “it’s an honor” to be on the cover of American Vogue’s August Issue. She was photographed by Mario Testino, in gorgeous dresses by Versace, Pringle of Scotland and Victoria Beckham among others, combined with stiletto sneakers from Rihanna’s Fenty X Puma shoe line. Everyone was more than impressed with her athletic moves, saying she’s a natural, while she stated that “it’s an ultimate dream come true” to be on the cover of American Vogue.