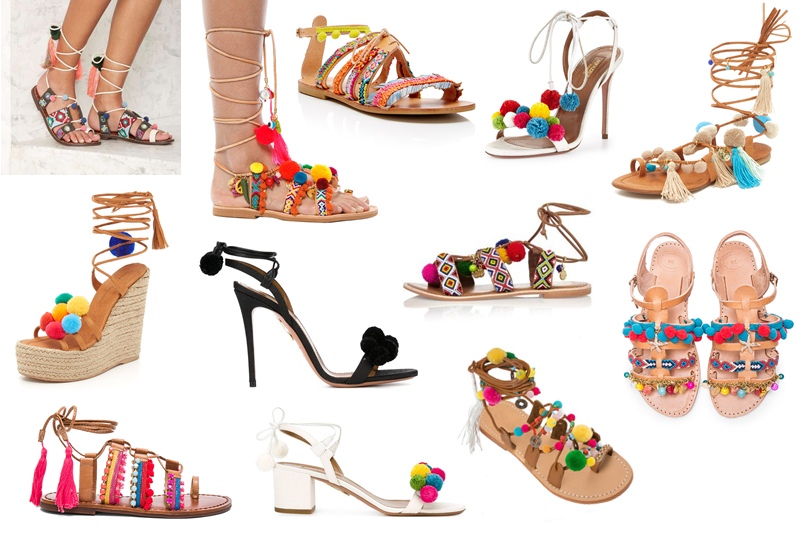 Pom pom sandals are another trend that the big brands have started and smaller ones followed and interpreted their own way. If it isn’t the trend of the season, it is soon going to be. They’re especially popular in our country, Greece, now that the summer season has officially started. And they’re going to be seen on every street & every alley of our islands and mainland. They combine the comfiness of the simple flat leather sandals that are so popular during summer, with the trendiness of lace up sandals, with colorful details such as pom poms to make them stand out even more. I’m not personally a fan of them; they’re too extravagant for me, although I wouldn’t object to me having the heeled white version of the Aquazurra ones, but they’re really popular among many others. What’s your opinion? Are you buying yourself pom pom sandals this season?