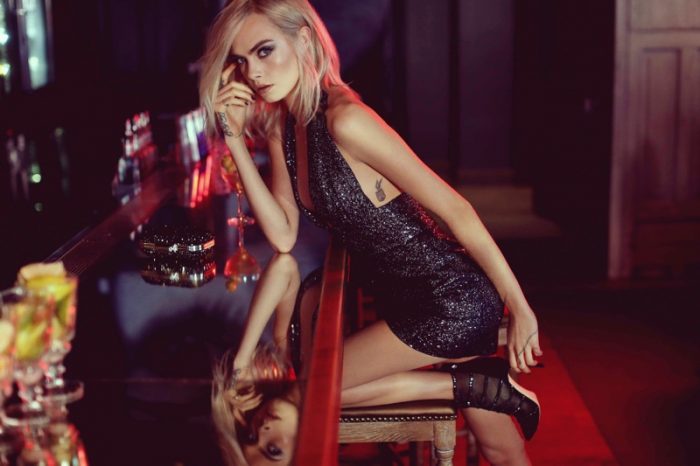 Cara Delevingne looks incredibly glamorous in Jimmy Choo’s resort 2018 campaign. The well-known shoe brand chose the British actress and model to star in the “Shimmer in the Dark” campaign. It includes a short film and a beautiful photoshoot. The film follows the young actress as she walks on the streets on her way to a night out, dressed in a red slipdress and glitter Jimmy Choo ankle boots. Lorin Askill – famous Australian filmmaker- shot it in New York city. The shoot accompanies the brand’s latest festive cruise 2018 range. Cara appears in stunning outfits based in 1970’s style. The key pieces are embellished strappy sandals, metallic pumps, mesh ankle boots and fur-trimmed brogues.

“This season isn’t about one look, it’s about the many ways a woman might dress up for a night on the city but always with a playful allure. The shoot and film both perfectly capture the sense of anticipation and infectious energy that a night out can bring. It’s important for us to show the fun side of the brand, ” said the creative director Sandra Choi.