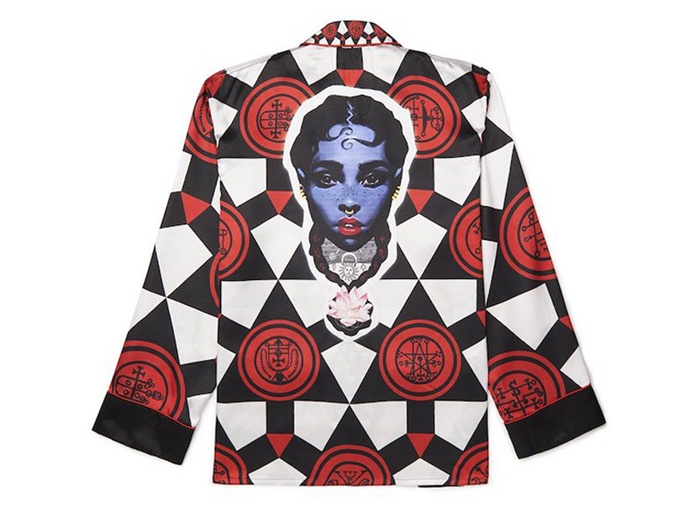 After the unveiling of the debut issue of her Instragam zine, called AVANTgarden, last month, FKA twigs announced the release of her second issue, called “Dream Warrior”. It showcases creative collaborations, and an original poem written by FKA twigs herself. To coincide with the issue, she launched a line of apparel, accessories and sleepwear. The release includes tees, pins, eye masks and pyjama sets with designs inspired by “protection signs” and “ancient spells”. If you’re a fan of FKA twigs, you are going to love this merchandise. The whole collection is already available to shop and you can check out issue two of AVANTgarden here. Check out some of the merchandise below!