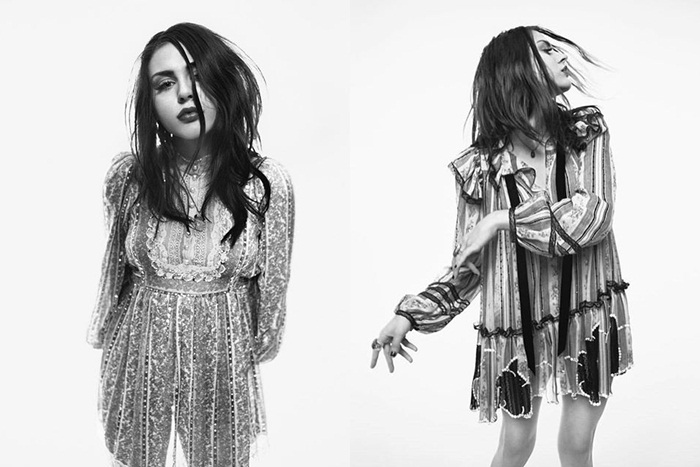 Frances Bean Cobain, the 24-year-old daughter of Kurt Cobain and Courtney Love, has just signed as the new face of Marc Jacobs’ new Spring/Summer 2017 ad campaign. Frances made clear that she’s not going to follow a modeling career in the future, as it is “100% out of her comfort zone”, but Marc and Frances have known each other, since Frances was just a toddler, and they admire each other, so she thought it was a great opportunity to work together. In the exclusive interview she gave Vogue, she said: “I don’t model unless I think the project is cool, and I don’t put my name behind something that I don’t genuinely believe in. I thought this collection was great, and I was flattered that Marc thought of me for this. What I said to Marc when I was saying yes was that he’s an underdog for the masses. He’s still very rebellious within the fashion world, and he’s been like that his entire career”. The campaign was shot by David Sims, and these 3 are the first images we’ve seen from it. But we can’t wait to see the whole campaign.