Home Fashion Alexander Wang Spring ’15 campaign
Alexander Wang’s new ads for his Spring ’15 campaign feature models that the label has been working with, together with some new faces, instead of a celebrity in the area of music or cinema. The theme was a party bus, and the designer says it replicates what happened to him, when he rented a party bus – so he could really display something he experienced. 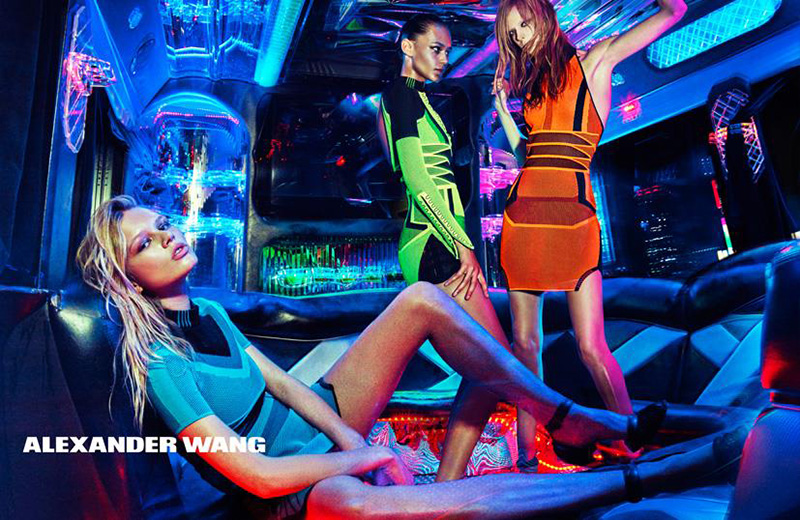 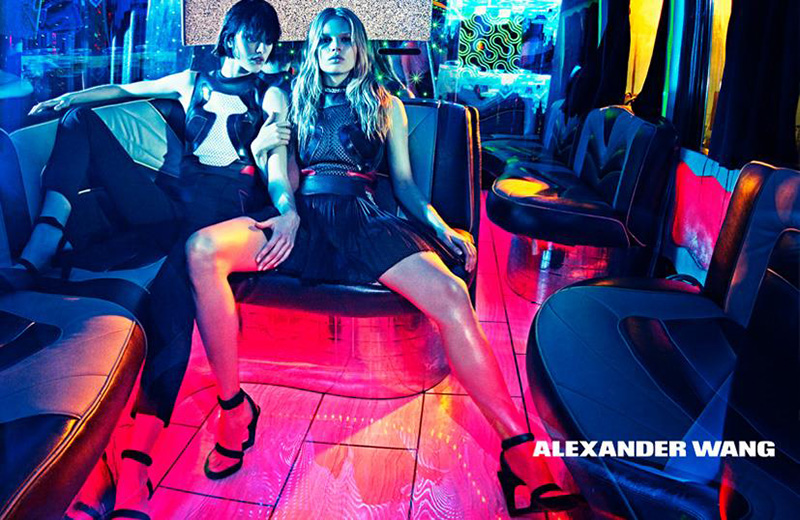 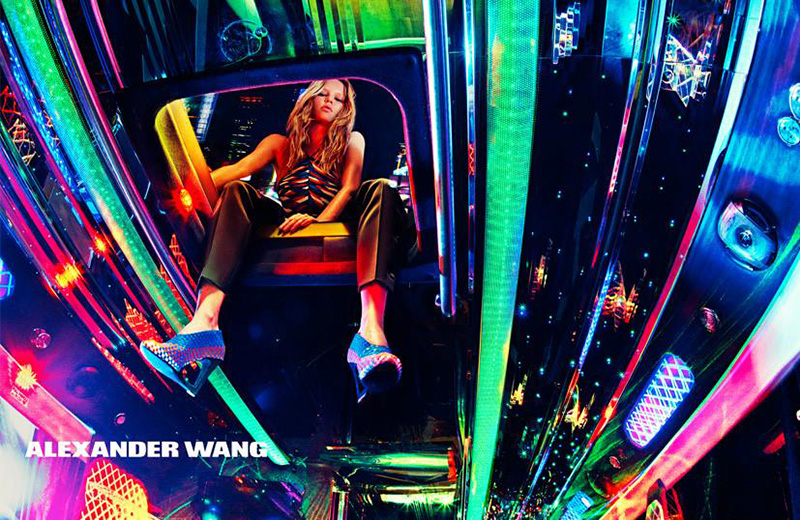 The campaign was shot by Steve Klein and creative-directed by Pascal Dangin in what looks like a late-night party with LED lights, couches and all that belong to a great party.
Wangs says that the whole thing seemed to work and he was glad about that. Surely the campaign won’t reach the same level of visibility like others, with famous faces, but Wang says that he wasn’t going that direction.  He says that he wanted to think of the idea that with this campaign he would raise a “couple of eyebrows”.
What do you think of the pictures and the campaign?
Photos courtesy of ftape.com 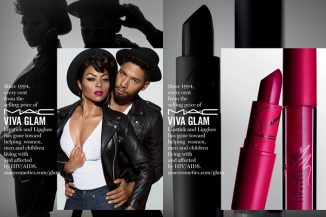