The famous great Greek designer Mary Katrantzou has won the very important BFC/Vogue Designer Fashion Fund 2015, with competitors of the caliber of Sophia Webster, Michael van der Ham, Emilia Wickstead and Holly Fulton, among others. She dresses many celebs and her collaborations are always popping, so it’s not a surprise – rather, a well deserved award!

Mary has said that she applied before, and winning now feels so great. She added that every designer is very strong in their own ways, and that each of them wants the award for different reasons. She states that the designers are constantly pushed to raise standards, due to the great designs  around them, designs which inspire her to do great(er) things. The award will nurture the brand creatively as well as commercially.

The fund exists for 6 years by now, and  it provides the winner a bespoke mentorship for a year, as well as £200,000 to take the winner to a new step on the business. Previous winners were Nicholas Kirkwood, Peter Pilotto, Jonathan Saunders, Christopher Kane and Erdem, and look at the success they reached after the award! The first woman to be awarded, Mary totally deserves it for her creativity and joyous designs, with bold colors and beautiful cuts! Congratulations, Mary!

Photos courtesy of Zimbio and Glamour 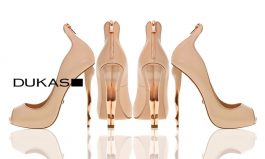 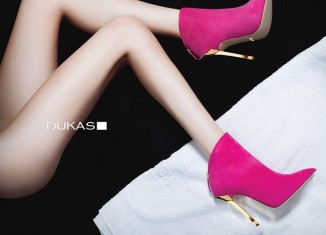 Oct 30, 2014
0 1487
Dukas (Dukas Chatzidoukas) was born in Thessaloniki and graduated from the American College of Greece, acquiring a Master’s degree in History of Art. Since...